A “gum shield,” the predecessor to the modern mouthguard, was originally developed in the late 1800s by Woolf Krause, a British dentist that aimed to prevent debilitating lip lacerations sustained by boxers. Boxers would frequently utilize materials like cotton, tape, sponge, and wood to fashion their own, often inadequate, protection.1 Woolf’s son, Philip followed in his father’s footsteps and became a dentist. He was also an amateur boxer and modified his father’s original gum shield design and refashioned it out of vella rubber.2  One of the first references to mouthguards in the United States was in 1916 from a Chicago dentist Thomas Carlos who designed a mouthgarud for a United States olympian. A turning point came during a boxing match in 1927 between Mike McTigue and Jack Sharkey. The match came to a disappointing end in the twelfth round when the referee ended the fight due to severe cuts sustained by McTigue on his lips and eyes. This was ruled a technical knockout and the win went to McTigue’s opponent. After this fight moughguards would become status quo in the boxing world.

In 1947 a breakthrough occurred when a Los Angeles based dentist created the first mouthguard that was molded to fit over the teeth with transparent acrylic resin. This was significant because it added a new level of comfort and decreased the visibility of the mouthguard. It didn’t take long for the ADA to jump on board and by 1960 the ADA had new recommendations for the use of latex mouthguards in contact sports. From there mouthguards became a requirement in many sports and their prevalence dramatically decreased the number of dental injuries sustained. 3 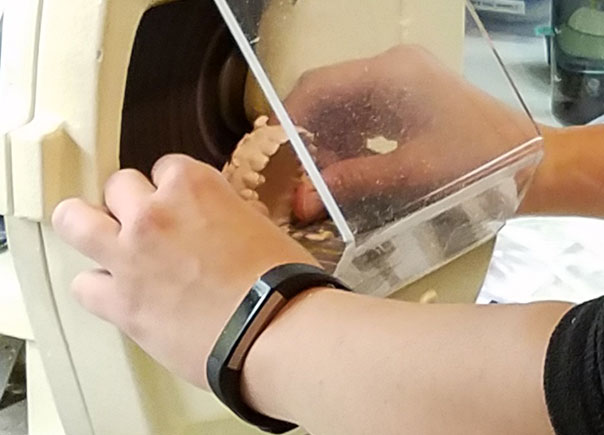 According to the American Dental Association (ADA), “an athlete is 60 times more likely to suffer harm to the teeth when not wearing a mouthguard.” Treatment of a sports related dental injury can cost thousands of dollars, which is all the more reason to acquire and use a mouthguard.  Custom fit mouthguards made by dentists are also widely considered to be the most protective type. 4  It is the ADA’s recommendation that people of all ages use a properly fitted mouthguard in any sporting or recreational activity that may pose a risk of injury.

Every summer Door County Dental Care holds a Free Athletic Mouthguard event for area students. Mouthguards are custom molded and advance appointments are required. Mark your calendar and check our website for details in late May or early June.

4  The Journal of the American Dental Association, Volume 137, December 2006 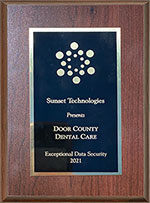